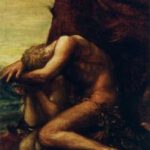 Capitol Hill raids of Trump supporters. Community raids of Black Lives Matter. This is the problem…

On both sides of the issue there are millions of people who believe in peaceful protest and would never approve of bringing physical harm to others. Unfortunately, there are also a few radicals on both sides who make everyone else look bad.

The BLM’s have millions of people who raise their voices on legitimate issues and would never try to take matters into their own hands by bringing physical harm. But the radicals who do bring harm make everyone else look bad. And in the same way, there are millions of Trump supporters who would never agree with the corrupt actions of a few radicals, but again, the radicals make everyone else look bad.

The problem is, if we Americans keep the conversation on the level of the hatred of those few radicals, we play into their hands by keeping them in the spotlight. It distracts us from hearing the heart cries of the millions of others. Both sides have a measure of truth—different perspectives of reality. Both sides also have areas of deception, after all, no one is perfect in this broken world. We need to get beyond all the hyperbole of the radicals and seek the bottom-line truth of the heart cries. Especially we who call ourselves Christians—on both sides of the issue—we need to have Christ’s humble attitude of love and helping each other. We need to listen to each other with God’s ears.

Many of us are trying to listen, trying to separate the truth from the lies, with Christlike attitudes seeking God’s wisdom and direction for loving each other. But if this radical hyperbole seduces us, it will keep us on a superficial level that will never bring godly, lasting change. It is time to repent, seek the Lord, and walk in his love.

Pray for our leaders to hear the Lord’s wisdom.

Would love to hear you feedback…