↓
Home→Holidays→Why do we Focus on the Cross More Than the Resurrection? 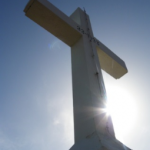 Our Focus on the “Suffering God”

In his Palm Sunday sermon, my Pastor Leon Zimmerman discussed how Christians in the 20th century focused far more on Christ’s death than the empty tomb. Recent commentaries, for example, have many more pages exploring Christ’s atonement on the cross than resurrection, even though the New Testament liberally teaches resurrection. And it’s not just Christ’s, but also our resurrection in the end times, and living in the resurrection right now.

Not to say we shouldn’t speak of Christ’s suffering for our sin—it’s vital! But the question is:

Why not also the resurrection?

An answer to this dilemma concerns WWI and WWII (Carolyn Jane Winter, Pathways to Passibility: the Emergence of the ‘Suffering of God’ in Twentieth Century Theology, 2005). After the wars, people had to reconcile how a loving God could exist with devastating world-wide suffering, so we developed the doctrine of the “Suffering God”

The World Wars and Suffering

Before the wars, from early Christianity until the 1800’s, Christians reasoned that if suffering in the world came through sin, then a perfect, sinless God could not suffer. Yes, God suffered in human flesh to pay the punishment for our sins. But back then they felt uncomfortable with the general idea of a “suffering God.”

Then the wars happened—bombs dropped on innocent children, demonic hatred, warped crimes and genocide committed against Jewish people. The masses cried out:

Where is God in all this pointless evil and suffering? 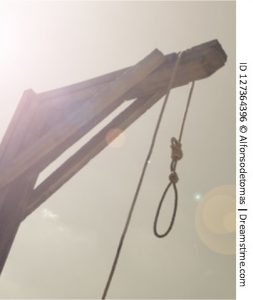 Elie Wiesel, a Jewish author who survived the Holocaust, answered this question. Nazi guards forced Wiesel and other prisoners to watch the hanging of a youth who struggled in the gallows for half an hour before he finally died. As they looked on with helpless grief, a man behind Wiesel asked, “Where is God?” Wiesel answered “He is here. He is hanging there on the gallows.” (Dennis Ngien, “The God Who Suffers,” Christianity Today, Feb 3, p. 40, 1997).

The Holy Spirit also unveiled this understanding to Christians. God isn’t detached from our suffering, watching us struggle from “up there somewhere.” But our Lord does something no other god has ever speculated—He enters into our suffering. Even in a world with the worst suffering Satan can muster, God suffers with us.

To love us intimately, our Spirit-God took on a body of human flesh, which gave Him the means to feel our pain first-hand. Not only our physical suffering, but mental and emotional suffering as well. Our Lord submitted Himself to the turmoil of gruesome torture not only to take the punishment for our sins, but to fully identify with us as humans in a broken world.

The “Suffering God” revelation isn’t new (Bible references below). But after almost two millennia of missing this aspect of our Lord’s character, the Holy Spirit brought us deeper into the “fellowship of His suffering” (Phil 3:10). 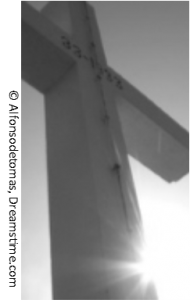 Let’s bring this full circle–what about the resurrection? The pendulum swung to the side of suffering in the necessity that we grasp this part of God’s character. But it’s time to move toward the center, to embrace the tension of knowing Christ both in the “power of His resurrection and the fellowship of His sufferings.”

What do you think? I’ll ponder this question in the next post soon. But in the meantime, feel free to write your own experience in the comments below. How do you live out the resurrection power of Christ in your own life?