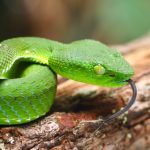 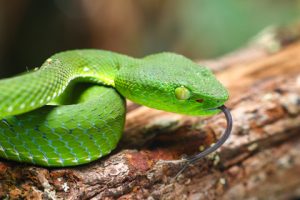 The natives of Malta were kind, but they watched closely. Many of the men who survived the shipwreck were prisoners of Rome. The Maltese wondered how all 276 passengers avoided death from the violent seas that battered the ship in the reef. They especially watched Paul, who stood out as one revered even though he wasn’t the ship’s captain. But as Paul helped gather wood for the campfires, a viper struck him with fangs that penetrated and held, so the snake dangled from his hand. “Ah, now we know his secret,” the Maltese mumbled among themselves. “He’s a murderer who escaped the sea, but the gods bring justice.”

This moment inspired the post you now read. Paul simply shook the snake into the fire, no fear, no anxiety. The Maltese nodded to each other knowingly, waiting for Paul’s inevitable swelling, struggled breathing and death. But it didn’t happen.

It didn’t happen. He who is Resurrection and Life (John 11:25-26) lifted Paul from the grip of fear and death. Paul’s trust in God had surged to such greatness—had matured through beatings, stonings, shipwrecks, robbers, persecution, wilderness, wariness, sleeplessness, hunger, thirst, cold, nakedness, and above all his passionate ache for the churches he’d fathered—so that even the bite of a deadly viper didn’t rattle him. Only calm reassurance in God’s eternal provision and protection ruled his soul. No matter what happened, Paul embraced God’s sovereignty, trusting with his life that the Lord’s promises were “Yes, and in Him Amen, to the glory of God through us” (II Corinthians 1:20).

I want to mature to that place.

When the viper bites, when someone’s words pierce the soul or spew judgment, when unexpected storms threaten, financial crunches, loss, tragedy, persecution, disaster, beatings, lies, deferred hope and disillusionment, I want to develop a dependency on the Lord’s penetrating presence so real that I can shake off anxiety and doubt—any fang that tries to strike “against the knowledge of God, bringing every thought into captivity to the obedience of Christ” (II Corinthians 10:5)—flicking fear into the fire of God’s rich, satisfying love and truth.

I’m not talking about “pretending” to be brave, or suppressing my anxiety with the mask of a faith giant. I’m talking about learning to conform to the character of Christ as revealed in His word through every trial and decision, no matter how hard the circumstance, developing a seasoned trust with the power of peace and godly wisdom that overwhelms any stronghold of death. 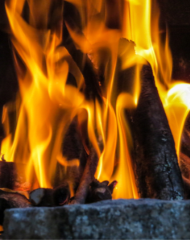 Lord Jesus, only you can bring me to this place of faith. Over and over you build my trust in Your provision and protection as You prove Your word through the storms of life. In your Presence, “we have this treasure in earthen vessels, that the excellence of the power may be of God and not of us. We are hard-pressed on every side, yet not crushed; we are perplexed, but not in despair; persecuted, but not forsaken; struck down, but not destroyed” (II Corinthians 4:7-10) … “that I may know Him and the power of His resurrection, and the fellowship of His sufferings, being conformed to His death, if, by any means, I may attain to the resurrection of the dead…” (Philippians 3:10)—rock solid dependency on Your eternal plan. Continue wooing me to that place, where sensitivity to Your Spirit brings the peace, patience and power to simply shake the vipers of fear into the fire of Your love.