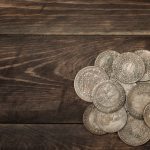 Both Peter and Judas wanted Jesus to rule a kingdom. But it wasn’t the same kingdom that Christ had in mind.

Was Judas really just a conniving thief with an evil motive to destroy the man he considered a false messiah? A close look at scripture may show a (slightly) different picture.

Yes, Judas embezzled the ministry money, yes he betrayed Jesus to His enemies. But I wonder… as soon as Judas found out that Jesus was actually condemned, why did that news hit him so hard that he returned the blood money and promptly hung himself? (Mt 27:3-9). You’d think he would have been thrilled. Didn’t he get what he wanted?

Perhaps, like most other Hebrews in his day, Judas was thoroughly convinced that the Messiah would overthrow the Roman government. Perhaps Judas believed that in handing Him over to the enemy, He would force Jesus’ resistance and kickstart the revolution. After all, at the last supper, Jesus not only announced the betrayal and pinpointed Judas, but told him, “What you do, do quickly” (Jn 13:28). Judas left immediately. Perhaps his lust for power and revenge against the Roman oppressors had so blinded him that he thought Jesus had actually approved his scheme by directing him to go and do it.

.
And was Peter any different than Judas? He also wanted Jesus to overthrow the Roman government—even once had the gall to correct Jesus on that point! (Mt 16:21-23). Remember that Peter was the one who drew a sword and cut off the ear of the priest’s servant (probably aimed for his neck!) (Jn 18:10). Even after Jesus’ cut-and-dry proclamations that He “must suffer many 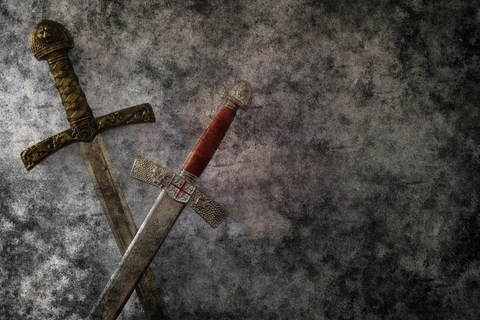 things and be rejected by the elders…and that he must be killed and after three days rise again” (Mt 16:21), Peter still meant to fight in a revolution.

After all, at the last supper, Jesus said,”…he who has no sword, let him sell his garment and buy one.” The disciples were excited to announce, “Lord, look, here are two swords!” and Jesus acknowledged, “It is enough” (Lk 22:35-38). If Jesus really didn’t want Peter to use a sword, why didn’t He just tell them right then to leave the swords at home?

Sometimes we may be so fixated on fulfilling our own purpose, that we wouldn’t hear the truth even if Jesus told us directly. Sometimes we need to learn the hard way. Scripture prophesied about the Messiah winning the land back for the Israelites (which will still be fulfilled), but Peter focused so much on that part that he missed the prophecies about the suffering Messiah.

So was Peter any different than Judas? They both had been blinded by lust for power and a desire to “help” the Messiah right the wrong of the Roman oppression.They both mistook their own passion for the heart of God. But their stories had very different endings. It seems that they had very different hearts.

Of course, we hardly know our own hearts (Jer 17:9) let alone the hearts of people who lived a couple of millennia ago. We can recognize, though, that Judas definitely did not know the Lord’s heart. Peter, on the other hand, despite his blindness, through it all, he did know the Lord’s heart. He trusted Jesus enough to know His mercy, that in his repentance the Lord would forgive, cleanse and restore. Beneath all the blindness, Peter really wanted God’s will to prevail, and He trusted Christ enough to ultimately submit to His work and timing.

I want a heart like Peter’s. Not the blindness, of course, I have enough of that for the Lord to deal with in my own journey. But I want a heart that trusts Christ despite my blindness.

When I believe things should go a certain way, and they don’t, I want to trust that God’s ways really are higher than my ways, and His thoughts higher than my thoughts (Is 55:9); that all things really do work together for good to those who love God and are called according to His purpose (Rom 8:28).

Father God, I expose my heart to You. In Your love and timing, reveal any areas of blindness, so I can see You more clearly, know You more deeply, and follow You more closely. Forgive me for those times that I’ve missed Your will because I was fixated on my own will. Thank You for Your redeeming mercy and grace that draw me daily deeper into the purpose You have for my life.

When I was a child, I spoke as a child,
I understood as a child, I thought as a child;
but when I became a man, I put away childish things.
For now we see in a mirror, dimly, but then face to face.
Now I know in part, but then I shall know just as I also am known.
– I Corinthians 13:11-12

For deep and practical understanding of what makes godly, healthy leadership (whether leading a family, business, church or service) check out Keith Yoder’s Healthy Leaders.