↓
Home→Legacy of Wisdom→Bible Character Meditations→Why should I care that God chose Saul as Israel’s first king? 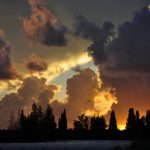 Why did Yahweh choose King Saul as Israel’s first king?

Saul’s kingship ended in failure, and God knew this would happen. So why tell the Prophet Samuel to anoint him as king in the first place?

Through Saul’s forty-some years as ruler, he was able to build the army that kept the Philistines at bay and establish Israel as a kingdom. But his leadership unraveled in the end with the sin of disobedience and pride. God then handed the throne to David, the one who finally defeated the Philistines and organized Israel into a nation of worship to Yahweh.

So why bother with Saul? Why not just wait until David was old enough, and launch the kingdom on more solid ground?

Recall that God gave Israel a king because the people rejected Yahweh as their only king. This grieved Yahweh, because, if they placed themselves within His protection by fixing their worship on Him as Ruler, Yahweh could provide far more preservation, guidance, wisdom and mercy than any earthly king. Trouble was, the Israelis didn’t want the burden of always remaining within that sphere of Yahweh’s love (doesn’t that sometimes ring true for all of us!). They wanted protection on their own terms, whether they were walking in obedience to Yahweh or not. If Yahweh wouldn’t cater to them, then a human king would.

So Yahweh accommodated their request for a human king.

But why Saul? Did Yahweh want to show His people what an ungodly ruler looked like, so they would more appreciate a righteous one?

Possibly. I’m sure God had many reasons. For one thing, God used Saul’s jealousy and persecution toward David as a means to prepare David for the throne. Through some intensely painful, unjust situations brought on by Saul, David learned:

God used Saul to help prove David’s heart. The Lord strengthened the backbone of David’s faith so he could stand and fulfill God’s purpose for his life.

Saul, on the other hand, showcased a heart of fear. Fear of others’ opinions. Fear of failure. Fear of rejection. It cost him the kingdom.

“Why didn’t you obey God?” Samuel asked Saul after he had saved flocks and prisoners that Yahweh wanted completely destroyed.

“But I have obeyed the voice of the Lord…” Saul argued, and explained away the technicalities of his disobedience, based on pleasing people (fear of people) rather than pleasing Yahweh.

That was the day Samuel announced, “The Lord has torn the kingdom of Israel from you, and given it to a neighbor or yours…” (I Samuel 15). With a pitiful response, Saul pleaded with Samuel to relent the verdict. But after realizing God meant what He said, he begged Samuel, “I have sinned; yet honor me now, please, before the elders of my people and before Israel…” Again, his relationship with God came second place to his reputation before others. 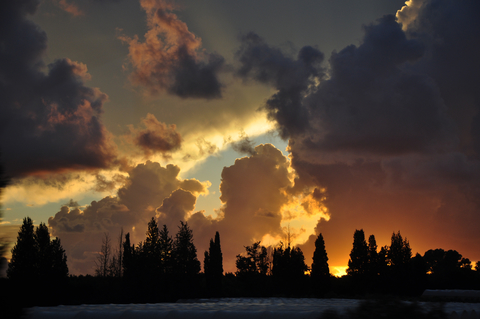 heart, and how we influence the corner of life where God has placed each of us.

We all have some of both within us, more or less. No one is perfect. As we remain in an attitude of repentance, Christ faithfully forgives and cleanses our hearts, training us to more cleanly reflect His own image.

Father God uses life situations to draw us into the sphere of His love, His protection, His peace. When we chose to remain outside His home—the place of no mercy and destruction—Father grieves for us. It’s not even a matter of doing it on “our terms” or “God’s terms.” It’s a matter of His love so consuming us that His terms become our terms, in one heart and mind with Jesus.

Therefore we also,
since we are surrounded by so great a cloud of witnesses,
let us lay aside every weight,
and the sin which so easily ensnares us,
and let us run with endurance the race that is set before us,
looking unto Jesus, the author and finisher of our faith,
who for the joy that was set before Him endured the cross,
despising the shame,
and has sat down at the right hand of the throne of God.
– Hebrews 12:1-2

(All scripture quotations taken from the New King James Version of the Bible.)